Scams and the Scamming Scammers Who Pull Them Off 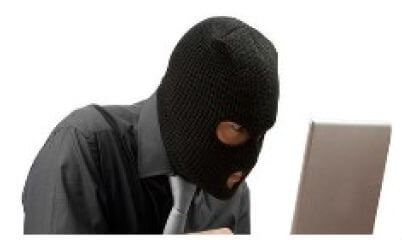 Scams have become as much a part of everyday life as consuming goods, services and
information. In fact, it’s that consumption that typically makes us vulnerable to being
suckered.

From financial rackets to pyramid schemes to catfishing, we’ve all heard the ugly stories
of unsuspecting individuals harmed by unsavory characters posing as someone they’re
not and promising things they won’t deliver. Think of the numerous e-mails you receive
(or at least I do) that start, “Congratulations! You’ve won (fill in the blank).”

However, until I was going through some training recently, I never thought about
scamming in the employment world.  Of course, everyone knows the stories of shady
recruiters who persuade someone to take a crummy job, but what about someone being
deceived to the extent of losing their identity?

Sadly, it is more common than I realized. The trainers in my class told the story of a
woman going through the seemingly legitimate interview process, receiving a job offer
and filling out the onboarding paperwork. From there, the scammers took her personal
information and ultimately her identity. They went so far as to ask the candidate for her
banking information so they could direct deposit a bogus sign-on bonus they had
offered, then wiped out the contents of her account.

According to ID Watchdog, an identity theft protection company, there are different ways
a scammer might try to steal personal information from a job seeker: pretending to be
an employer and collecting information from a job website, posting false job
opportunities, sending an email encouraging victims to apply for a fake job or even
extending a fraudulent job offer.

So, what can job seekers do to protect themselves against these dishonest operators?
Here are some steps to take to ensure you are dealing with reputable recruiters and
legitimate employers:

Conduct thorough research on the hiring entity, including online research. Go one step
further and contact the company to verify the job opening and the recruiter’s identity.

Guard your personal information. Be very selective when providing identifying
information such as your social security and bank account numbers.

Request to meet in person with the interviewer, if possible. If your request is met with
hesitancy or denied, consider that to be a red flag.

Look for misspellings, incorrect grammar and typos in recruiting correspondence and
check website urls for slight deviations that might indicate the outreach is fraudulent.

Ask people you trust about a job offer before accepting it. Getting a second opinion
could help you avoid a costly misstep.

Remember, like anything else, if the job offer is too good to be true, it probably is.

If you suspect you are on the wrong end of a recruiting scam, report the issue to the
Federal Trade Commission at ReportFraud.ftc.gov and the FBI’s Internet Crime
Complaint Center at https://www.ic3.gov/.

Just think where the world would be if scammers worked as hard at doing the right thing
as they do at deceiving unsuspecting victims. But that&#39;s a different soap box . . .

Relevant, industry-specific articles & podcasts, plus Breakfast with the Expert video interviews — all to help you do what you love, stay focused on your goals, and continue to achieve your absolute best.

See What’s Coming Up Next! 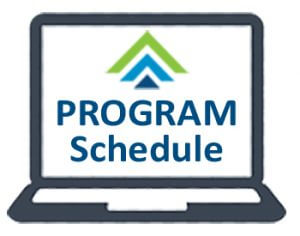